You are here:  Home > News > Text a buoy and it’ll text you back: Making Lake Erie the most connected Great Lake 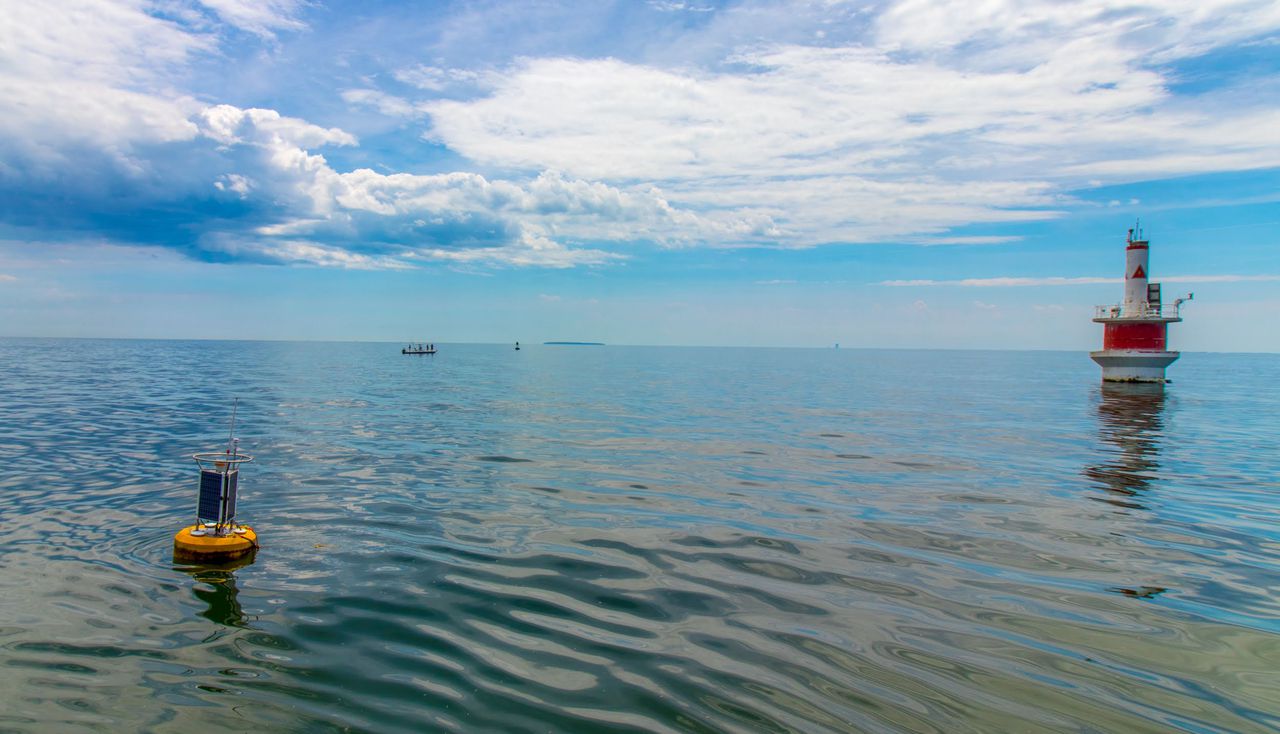 Laura Johnston, Cleveland.com – October 9 2019 CLEVELAND, Ohio – The biggest wave in Lake Erie this past summer topped 11 feet. The highest water temperature reached nearly 80 degrees. That’s according to data from a smart buoy near Cleveland’s water intake crib, about 3 miles north of the downtown shore. Lake Erie has about 20 smart buoys, some privately owned and some public, which cost tens of thousands of dollars and measure all kinds of data: • Wind speed • Water temperature • Air temperature • Wave height • pH • Dissolved oxygen • Toxins You can find a list of every buoy in the Great Lakes here. And you can text the buoy number of your choice to 866-218-9973 or 734-201-0750 for the latest observations. (Though you can’t text every buoy and get a response; only buoys with all-numeric names.) 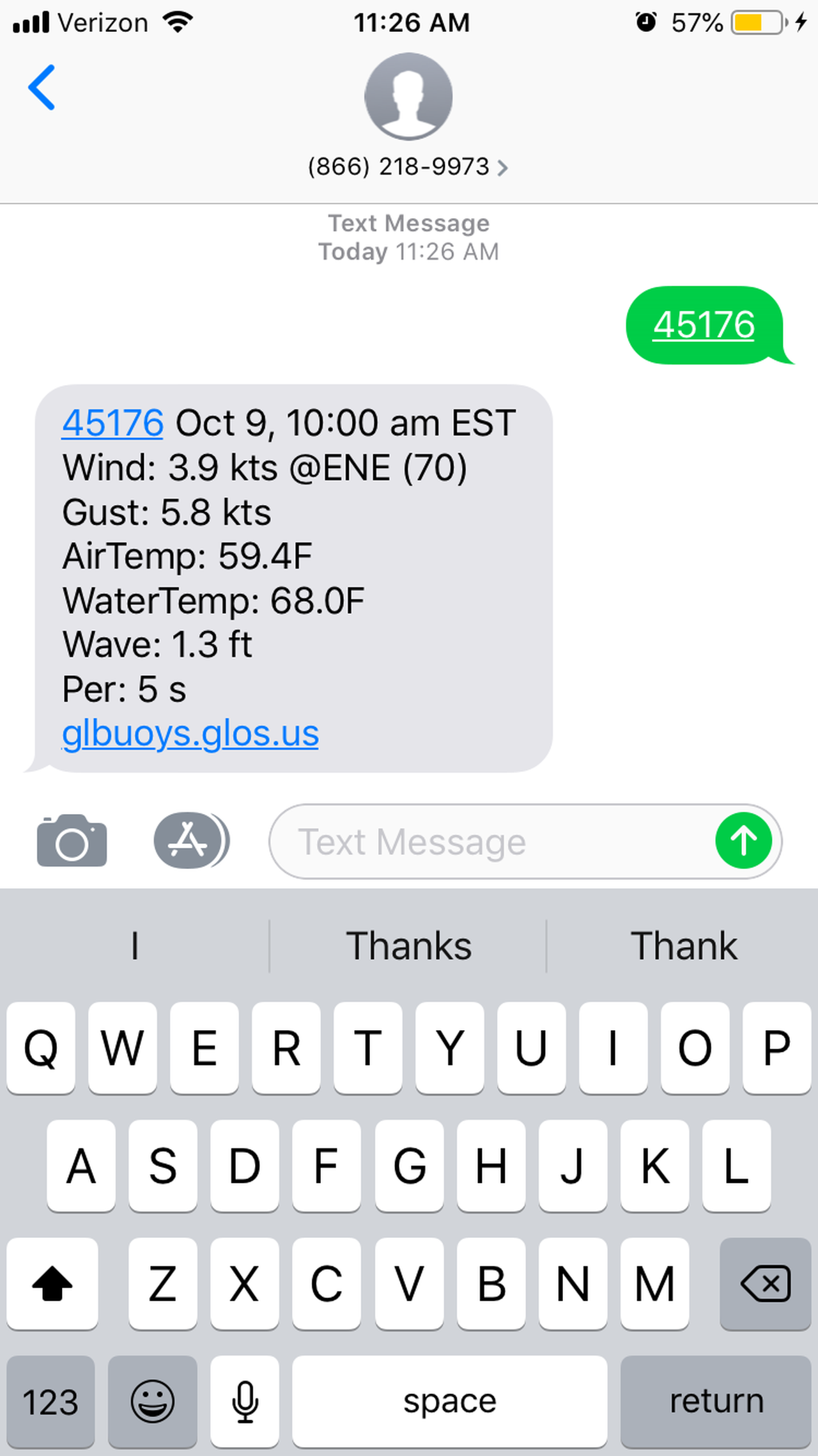 Text a smart buoy on the Great Lakes, and it’ll text you back.
Of the five Great Lakes, “Lake Erie is the most wired, connected lake. And we’re going to keep pushing this forward,” said Ed Verhamme, of Limnotech, an Ann Arbor, Michigan-based company, that partners with the Cleveland Water Alliance. The alliance is a five-year-old nonprofit that works with researchers, academia, corporations, government and utilities, in the hope of building a giant water industry in Cleveland. “Creating a connected ‘Smart Lake’ is key to keeping our freshwater safe and our Blue Economy growing,” said alliance president and executive director Bryan Stubbs. “We’re so glad to see how technology like these sensors and data-collecting buoys are providing key information to help better understand our lake.” This summer, Limnotech added a new underwater wireless sensor network to the buoy near the Cleveland crib, through a grant awarded to the University of Windsor in Ontario. A series of sensors in a half-mile radius around the buoy transmitted data to each other, to get a better picture of the lake. “Lake Erie is kind of like this bathtub that keeps swirling around,” Verhamme said. “If we rely on one sensor we get just a glimpse of what’s happening. If we have more sensors, we start seeing changes of oxygen, temperature, algae levels. We see movement in the lake.” The technology is also used to track fish – including 1,000 tagged walleye — across the lake. So researchers are now able to see how changes in water quality affect fish movement. “In terms of coolness factor this is pretty cool technology,” Verhamme said. “And we could see this type of tech to really blanket the entire lake with a wireless sensor network.” 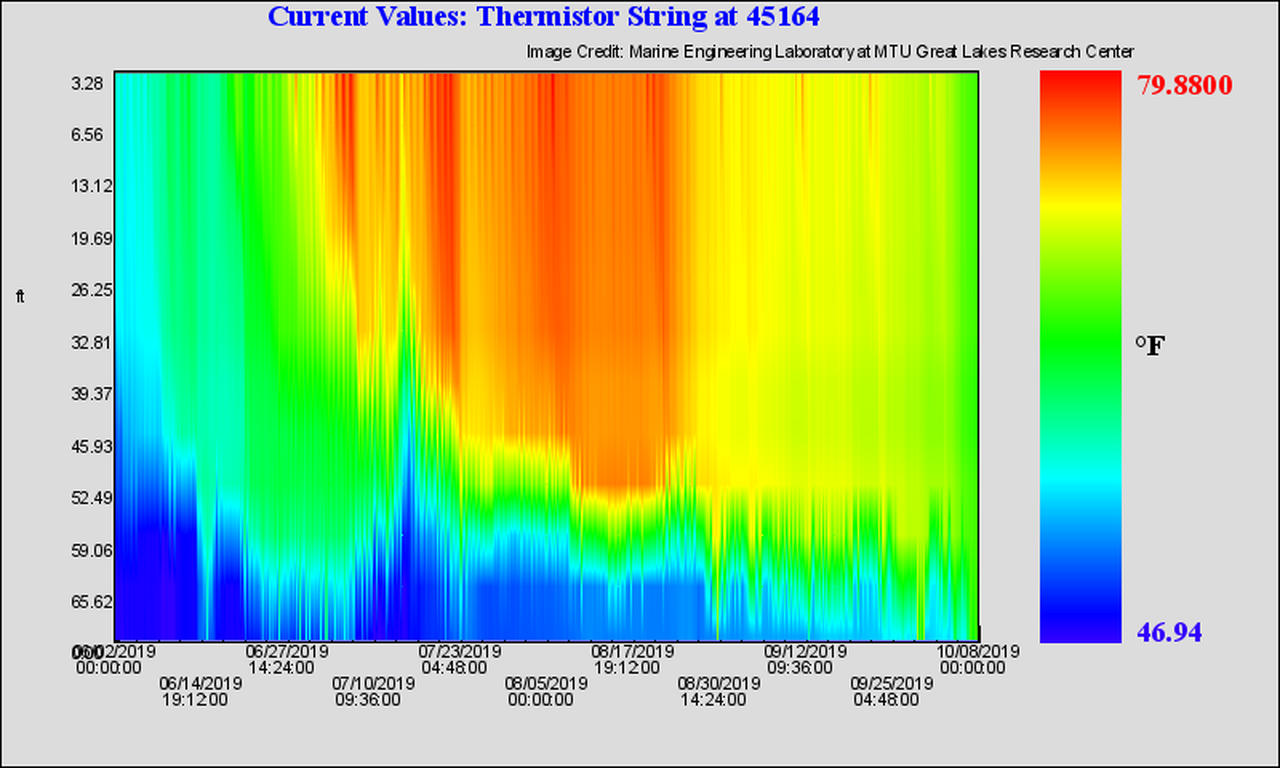 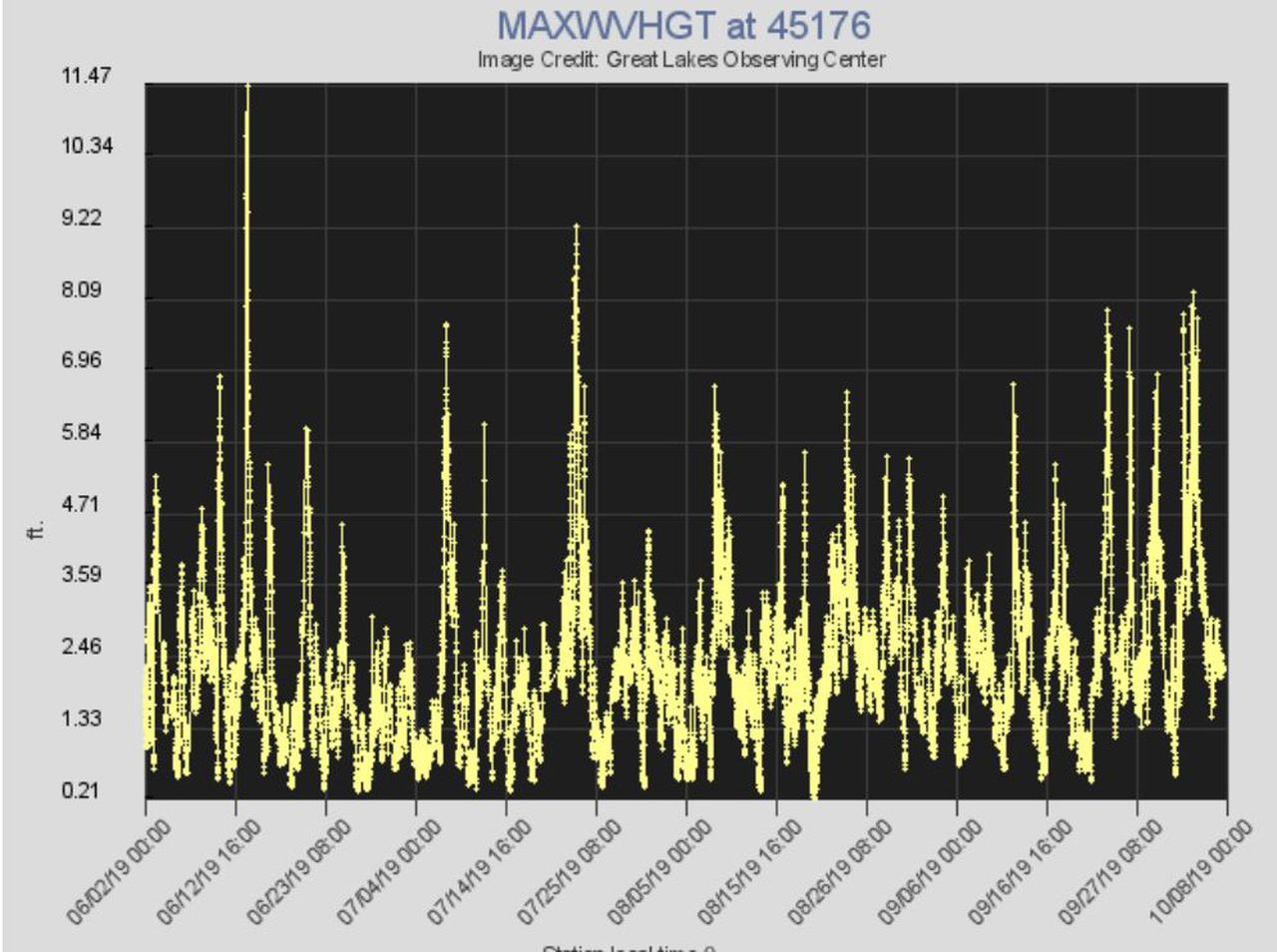 A smart buoy in Lake Erie, near the Cleveland crib, recorded water temperature and wave height for the season.
Another pilot project is making it easier to share data. Limnotech is adding a test transmitter on top of the Anthony J. Celebrezze Federal Building in downtown Cleveland, to get data back from as far as Canada. The transmitter could save money on cellular access fees by using a radio frequency similar to walkie-talkies. “If we want to increase the number of sensors, we need to think about cost of how to get info back to internet,” Verhamme said. Researchers will remove the smart buoys in a few weeks for the winter season, then redeploy them in the spring.